Note from Nick: This is a guest post by by K.M. Weiland (@KMWeiland), who runs the awesome blog Helping Writers Become Authors, of which I’ve been a huge fan for some time.

Learn How to Structure Your Novel—in Five Minutes!

Does that title sound too good to be true? Well, it isn’t. No, seriously, if you read at the same pace as me (and, yes, I timed myself), then by the time you’ve finished reading this post, you’ll have learned how to structure an entire novel.

Who knew it was that simple, right? I didn’t. I resisted structure for years, until one day I got hit in the face with a simple explanation of it. Just like that—in five minutes—it changed my entire approach to writing (and, if we want to get melodramatic, my life).

We find many approaches to classic story structure. This is mine. I divide the prominent aspects and turning points into ten basic steps. Why ten? Because if we can ace these major moments in our story, the finer details tend to just fall into place. We can all remember ten things, right?

Just what are these magic ten steps that are going to lead us to a stronger, more amazing, (dare I say?) more fun story? Let’s take a look.

Whew! And there you have it. Five minutes later, and already you’ve got a basic grasp on what is perhaps the most important tool in any writer’s arsenal: story structure.

(Want more? I talk about story—and scene—structure in depth in my book Structuring Your Novel: Essential Keys for Writing an Outstanding Story.)

K.M. Weiland is the author of the epic fantasy Dreamlander, the historical western A Man Called Outlaw and the medieval epic Behold the Dawn. She enjoys mentoring other authors through her website Helping Writers Become Authors, her books Outlining Your Novel and Structuring Your Novel, and her instructional CD Conquering Writer’s Block and Summoning Inspiration. She makes her home in western Nebraska. 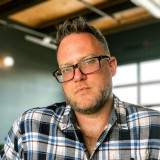 I love to write, and I started WriteHacked.com to help authors finish their books and sell them. Check out my About page for more information!

42 replies on “Learn How to Structure Your Novel—in Five Minutes!”

I’ve been reading all kinds of information on how to structure a novel. Some of it gets very concerned with jargon. This is very simple and concise and leaves me feeling like I have actually gained something. Thank you!

Yep — this is definitely up there at the top of my “easy to understand yet super helpful” list!

Part of the problem people have with misunderstanding structure is that different writers use different terms. I’ve tried to keep it as intuitive as possible. Thanks for reading!

At it’s heart, structure is a very simple concept. Sometimes it’s just best to strip away all the chatter and get right down to the basics.

Thanks so much for having me today, Nick!

No problem — GREAT post (I’m bookmarking it myself!), and thanks for sharing it with us. Good luck with the book launch!

This is so well put. Very easy to understand and makes identifying these points easy. Love love it! Thanks so much!

Thanks for stopping by! Glad the post was helpful to you.

Thanks for the great comments, Rochelle — I agree!

Thanks a lot for the post. I am looking forward to employing the structure in my current projects.

Let us know how it goes! Thanks Maurice!

Have fun! Employing structure for the first time is a crazy fun ride.

[…] LiveHacked » Learn How to Structure Your Novel—in Five Minutes!. […]

Great tips! I think I’ll keep them in mind for my stories. Thank you!

Glad you found them useful!

Just placed your new book in my Amazon cart. Thanks for sharing your writing wisdom and knowledge with us.

Thanks so much! I hope you find the book useful.

Amazing tips! Thank you. I have just started writing a book and these tips will be the best structure to ensure that I have all the points in place.

Best of luck with the new book! That part of the adventure is always one of the most exciting.

Thanks for stopping by, Amanda!

[…] Learn How to Structure Your Novel—in Five Minutes! – LiveHacked. […]

I keep coming back to this every time I need to structure something. Thank you for your clarity, my brain totally gets this.

It is a great article — I’m with you!

[…] one of the big things that’ll happen–I sit down and start with a very loose out­line. With this arti­cle as a base, I fig­ure out the broad strokes of where things are […]

Hah. Thank you. 😉 I’m glad you enjoyed the post!

Happy feeling? What if your main character dies? How do you structure the end then?

Just the opposite. 🙂 The important thing is figuring out the tone you want to leave readers with and establishing that in your “closing shot.” You might find this series I did on tragic character arcs useful: http://www.helpingwritersbecomeauthors.com/negative-character-arc-1/

[…] Nick Thacker’s blog, K.M. Weiland’s guest post Learn How to Structure Your Novel—in Five Minutes! demystifies story structure so that writers can easily see what happens and when during each act of […]

We are a group of volunteers and opening a new scheme in our community. Your web site offered us with valuable information to work on. You have done a formidable job and our whole community will be thankful to you.

Whilst the wine business has exploded, consequently possess world’s quantity restaurants and resorts.

That was a HACK indeed. Thanks alot!
I just have a small question. When ending a story (as an O-level student) I have to refer to the title, or a simple alternative is starting by referring to title than emphasising it through the story. Which is better in your opinion? and how can I hit the nail on the head if I decide to end with the title (which I prefer honestly).

[…] is, broadly speaking, thematically the same as Ready Player One. However, structurally it’s a mess. The first act drags on, the second act doesn’t explain, answer or clarify nearly as many of the […]

I have noticed you don’t monetize your page, don’t waste
your traffic, you can earn extra bucks every month because you’ve got hi quality content.
If you want to know how to make extra bucks, search for:
Boorfe’s tips best adsense alternative